Welcome to the CPR Blog

What is Psychiatric Rehabilitation, Anyway?

Welcome to the Center for Psychiatric Rehabilitation official blog! For our inaugural article, we thought we would tackle a basic question that the Center has contributed to answering over the years, i.e. What exactly is “psychiatric rehabilitation”?

Let’s begin by reviewing one of the most important factors in the historical context of the development of psychiatric rehabilitation: The deinstitutionalization movement in the United States and abroad.

Deinstitutionalization as a movement was motivated by an understanding that the typical incarceration of people with mental health conditions on locked wards in long-stay hospitals, was not necessary. We learned that it was possible to design effective services, in the least restrictive setting, while helping people to keep their personal dignity and self-determination. Following the release of the anti-psychotic, Thorazine and numerous other psychiatric medications, the in-patient census was reduced from approximately 560,000 people in psychiatric institutions in 1955, to approximately 70,000 by 1994. Even though President Kennedy’s Community Mental Health Centers Act of 1963 achieved a breakthrough in developing community services, more than 90% of people – many who spent virtually their entire lives in institutionalized psychiatric settings – moved into communities by the mid 1990’s, often still without sufficient support services in place.

Marianne Farkas, Director of the Training, Dissemination, and Technical Assistance Division here at the Center, recalls doing a project at an in-patient institution in Maine, helping them to improve their deinstitutionalization efforts.  She encountered residents, such as 58-year-old Betty, who were leery of those efforts. Betty had lived in the institution for more than 25 years and was not eager to leave. It is not terribly difficult to understand such an attitude.  Betty watched other residents separated from their routines, caretakers, and friends as they were simply given a prescription for their medication and ushered out the door. These people were unprepared to choose or pursue valued roles in the community. In many cases, people had been institutionalized for so long that mere identification of a community role – something that requires self-knowledge about one’s values and possible options – was a seemingly monumental task. Marianne’s project focused on the facilitation of services to help Betty and others like her, to live in the community, rather than just get placed there, using psychiatric rehabilitation techniques.

Psychiatric Rehabilitation: A Response to the Deinstitutionalization Movement

As the Center’s founder, Bill Anthony once said “If deinstitutionalization was to give freedom to people with psychiatric disabilities, psychiatric rehabilitation would create the space and structure for a meaningful life within that freedom.”

PR helps people consider, research, choose and achieve a major role in a specific environment, that is personally meaningful.  These “role goals” may involve, for example, working part-time as cashier at McDonald’s or completing a Community College certificate in Addictions Counseling. The Center’s materials can help providers learn how to use PR techniques to facilitate a person identifying such goals ( e.g., rehabilitation readiness, setting an overall rehabilitation goal). 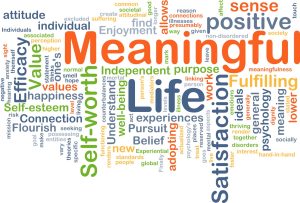 Different “role goals” make unique demands on an individual in order to succeed, regardless of the source of their challenges. Rehabilitation, of any kind, aims to restore functioning in people’s lives by teaching skills and modifying the environment in order to maximize independence. For example, being able to transfer from bed-to-chair might be a skill necessary for an individual with a spinal cord injury. Railings or other supports might, together with this skill, help that person to perform the tasks needed to succeed in their role as parent at home. In a work role, skills such as accepting negative feedback from a supervisor or improving job-specific skills might be critical for the individual. However, beyond skills, that same individual might need their workspace to conform to wheelchair accessibility guidelines, to support their ability to succeed at work. This combination of skill and environmental support allows the individual, regardless of their type of disability, to perform well in their preferred valued roles.

Techniques developed at the Center transfer these ideas from the realm of physical rehabilitation to psychiatric services (e.g.. PR Functional Assessment and Skill Teaching) and help people in mental health recovery figure out and develop the skills they need  for their specific selected role goal. Young adults who live with mental health and/or substance use conditions who’ve experienced an interruption to their pursuit of higher education, develop critical skills and supports in the NITEO program, one of many College Mental Health Education Programs at the Center. NITEO supports young adults prepare for a successful re-entry to college. Beyond college, people who want to consider or succeed in work may struggle specifically with cognitive difficulties. Participating in Thinking Skills for Work, developed by the Center’s faculty (Susan McGurk and  Kim Mueser), has been demonstrated to improve employment outcomes when TSW is delivered together with Supported Employment. Thinking Skills for Work (TSW) trains people in core cognitive skills important to the work goal they may have (e.g., paying attention, planning, organizing etc.), as well as self-management skills. For example, one TSW self-management strategy is the use of a “memory spot”, a place selected to regularly keep important personal items like keys or a wallet, to address problems associated with memory problems that interfere with work functioning. 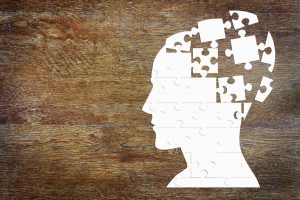 The Importance of the Environment

PR is about the person in the environment. I can be very good at my job and not doing terrifically as a parent. Beyond my parenting skills, I might need environmental modifications and supports. I may need a babysitter to cover time between the end of the school day and when I get home from work. No matter how skilled I am, that support is critical to my success.   Most of us are dependent on some support to succeed in the many roles we juggle in our lives. For example, common supports like public transportation, an alarm set to wake up, having a doctor, friends or recreational facilities can help the average person to succeed, including a person in mental health recovery. The Center’s focus on the importance of such support and strategies to modify the environment-rather than only focusing on changing the person, was a breakthrough in the realm of psychiatric services.  New Center interventions such as Bridging Community Gaps, using Photovoice, help people make better use of what the community has to offer.  Interventions such as PR case management help people to develop and link with needed supports. 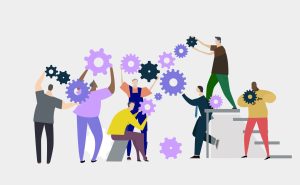 The belief that every human being has the right to live a personally defined, meaningful life is a cornerstone of Psychiatric Rehabilitation. Its processes are based on a belief in our common humanity, regardless of the challenges we must face. PR recognizes the importance of supporting people with psychiatric disabilities in identifying and thriving in their preferred valued role.  Consistent with the broader field of rehabilitation science, PR accomplishes its aims with a combination of skill development and environmental accommodation and may encompass a wide range of modalities, depending on the specific roles selected by the person. To learn more about the PR process and approach, check out our Primer on the Psychiatric Rehabilitation Process or, for a deeper dive, consider our textbook: Psychiatric Rehabilitation, Second Edition.

We hope you enjoyed our first post! Please let us know what you think in the comments section, below, and subscribe in the sidebar on the right!

One thought on “What is Psychiatric Rehabilitation, Anyway?”

This site uses Akismet to reduce spam. Learn how your comment data is processed.